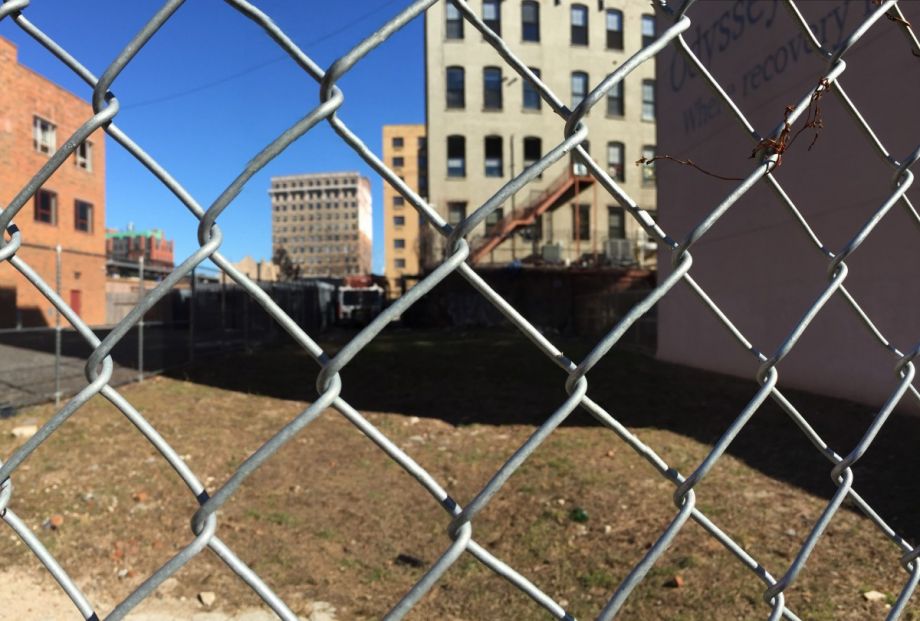 Picture the Homeless has been talking about community land trusts as a tool for helping the homeless for more than a decade. Members of the New York City nonprofit, which is led by homeless and formerly homeless people, co-founded the East Harlem-El Barrio Community Land Trust to make the solution a reality.

“We were talking about community land trusts as an alternative to the shelter system,” says Scott Hutchins, who has been a Picture the Homeless member since October 2012. Hutchins first became homeless in May 2012, and he’s been in and out of the shelter system since.

Now, the East Harlem-El Barrio Community Land Trust is getting a slice of a $1.65 million grant announced by New York City’s Department of Housing Preservation and Development last week. The money is intended to support the formation and expansion of community land trusts. It’s not a lot, but all of the grant recipients are groups built to make the most out of every dollar. They’re all committed to keeping rents or home prices as low as possible while maintaining safe, decent living conditions.

In Boston, Cleveland and other cities, community land trusts (CLTs) are one way that housing advocates are maintaining affordability in gentrifying neighborhoods. A nonprofit, often community controlled, owns and maintains land, and a low-income resident gets a housing price within reach on top of the land. (The land trust sets a limit on resale prices of homes or rents of units on the property.) Earlier this year, the city of New York put out a call to community groups interested in forming a CLT.

“Community land trusts are proven vehicles for preserving affordable housing and committing land to serve the needs of the neighborhood. As we struggle to combat displacement in vulnerable communities, this tool has been used throughout the country and in my own borough to target housing to low- and moderate-income families,” said Manhattan Borough President Gale A. Brewer in a statement about the grants.

Picture the Homeless has already sketched out its model: The CLT could acquire one or more distressed properties in East Harlem, and use subsidies to create a financially viable building. There would be a number of units priced affordably for individuals and families living on extremely low incomes — hopefully keeping them out of the shelter system, and ultimately saving the city money by doing so. East Harlem-El Barrio Community Land Trust would own the land. Tenants would lease the land from the trust on the condition the buildings they own maintain affordability.

Dubbed “Gaining Ground,” the idea is financially feasible, according to Harry DeRienzo, president of Banana Kelly Community Improvement Association, “assuming it has sufficient subsidies from the city.” Banana Kelly, a nonprofit community development corporation based in the South Bronx, has agreed to work with Picture the Homeless as a developer to implement the model once the CLT acquires property.

“Community-driven solutions are at the heart of Housing New York, and our efforts to secure affordability in neighborhoods from East Harlem to Edgemere require a robust set of tools and a diverse group of partners able to build and preserve affordable housing,” said Maria Torres-Springer, Department of Housing Preservation and Development commissioner, when announcing the grants.

The $1.65 million in grants came through the new Community Land Trust Initiative at Enterprise Community Partners, funded via bank settlement payments collected by the Office of New York State Attorney General Eric Schneiderman. “We see it as poetic justice that the settlement money came from the housing crisis caused by banks,” says Lynn Lewis, board member of East Harlem-El Barrio Community Land Trust and former executive director of Picture the Homeless.

Additional groups benefitting are Interboro CLT, Cooper Square CLT and the NYC Community Land Initiative (NYCCLI). NYCCLI was also co-founded by Picture the Homeless and is incubating a number of other CLTs around the city. Like East Harlem-El Barrio CLT, Interboro has yet to acquire any properties, but the grant will help both with community organizing and outreach to potential tenants or homeowners.

“Folks want an opportunity to own and invest in the future of NYC, particularly families of color who were impacted by the foreclosure crisis,” says Christie Peale, executive director of Center for NYC Neighborhoods, which is a partner in Interboro CLT.

Many of those affected are also landlords, with a basement or attic apartment or maybe one floor in a duplex. These landlords own many of NYC’s most affordable apartments. Interboro CLT hopes to use some of its grant money to explore how to protect the affordability of these homeownership and rental opportunities while allowing some wealth-building for resident landlords.

NYCCLI will use its money to create a CLT Learning Exchange consisting of nine organizations around NYC that expressed interest when the city opened its doors to work with CLTs earlier this year.

Two of the Learning Exchange members, the Mary Mitchell Family and Youth Center and Nos Quedamos, both in the Bronx, are also working actively with the brand-new Equitable Neighborhoods Practice at the Community Development Project (CDP) of the Urban Justice Center. It was created specifically to provide legal support for communities taking control of land and other assets in their neighborhoods around NYC.

“We’re thrilled to be working with HPD on the housing component of CLTs and innovative strategies for the de-commodification of land for housing as well as for other uses like business incubation, community centers, cultural centers, urban agriculture community gardens, a variety of uses,” says Paula Segal, senior staff attorney at CDP. “We’re working with our clients to support community ownership and stewardship of land to develop housing and all the other things they need to support themselves.”

Cooper Square CLT has its origins in the battles against Robert Moses and urban renewal in the 1950s. Moses, as head of the city’s Committee on Slum Clearance, had the city seize ownership of a large swath of largely occupied but dangerously decrepit buildings on the Lower East Side of Manhattan. Demolition and new mixed-income housing were on the slate, but residents fought back. Finally, in 1991, the city agreed to transfer 22 buildings on the Lower East Side into the Cooper Square Community Land Trust.

Since then, the CLT has leased the buildings on the land to a scatter-site cooperative consisting of tenant shareholders. The CLT and the cooperative cobbled together financing for the renovation of the 400 units across 22 buildings, which cost over $20 million, and took place from 1991 through 2006. Cooper Square keeps rents as low as possible: $375 for a studio or $800 for a three-bedroom. That’s extremely low for Manhattan, especially on the red-hot Lower East Side. Still, about 10 to 15 percent of Cooper Square residents need vouchers to be able to afford those rents. By agreement with the city, the CLT must keep the buildings affordable for households earning up to 80 percent of area median income. They have an internal goal of keeping them affordable for those earning up to 50 percent of area median income.

Community land trusts across the U.S. have visited and learned from Cooper Square’s model, from East Harlem to San Francisco. Now, Cooper Square CLT hopes to use HPD’s funding to hire a skeleton staff who can work on expanding to another dozen distressed or vacant buildings they’ve identified in the neighborhood.

All the groups hope the grant dollars can help put them in position to leverage other dollars.

“Nobody wants to give you any money if you don’t have any money,” Lewis says. “It’s a problem if you’re a poor person, a cash-strapped organization or a brilliant idea.”