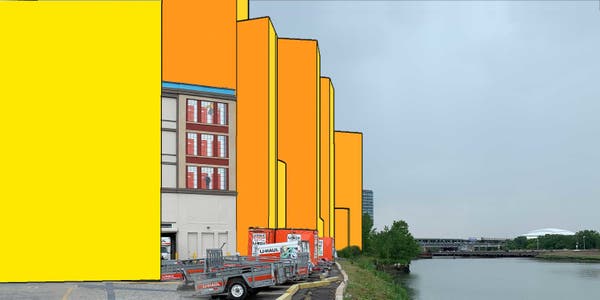 Undeterred by the New York City Council’s vote to approve the Special Flushing Waterfront District (SFWD) in December 2020, a coalition of organizations and individuals representing the diverse community of Flushing have amended their lawsuit against Mayor Bill de Blasio’s City Planning Commission (CPC) and Department of City Planning (DCP) by adding the City Council as a respondent. The groups filing suit are Chhaya Community Development Corporation (Chhaya CDC), MinKwon Center for Community Action, and the Greater Flushing Chamber of Commerce. They are joined by local activist Robert Loscalzo.

“Chhaya CDC and the South Asian and Indo-Caribbean community we serve in Flushing was deeply disappointed in the City Council’s decision to approve this unlawful rezoning and special district without looking at a complete Environmental Impact Statement. We know this project will add to the predatory speculation happening in the local housing market and force more families to live in overcrowded housing conditions. We know this plan will cause local small businesses to get forced out due to rising commercial rents. We know this plan will add 4,000 more residents to downtown Flushing without addressing the already overcrowded schools, hospitals, and transit system. We would have been able to discuss this more broadly as a community had the Department of City Planning required the developers to do an Environmental Impact Study like they were supposed to. We cannot in good conscience let this project move forward,” said Will Spisak, Director of Housing Justice Chhaya CDC.

The lawsuit will now petition the courts to overrule the City Council’s decision to approve SFWD. Court filings indicate the City Council was unable to understand the real potential size and scale of the luxury development due to an improper and unlawful omission of an Environmental Impact Statement. As a result, the developers’ application for a change in the law was deceiving and illegitimate before it came to the City Council for its vote.